Naag Panchami 2021 Date is 13th of August It is one of the well-known festival of Hindu community and celebrated in the month of Shravan according to Hindu calender. Nag panchami is also famous with some other names like Bhratru Panchami, Bishari Puja, Naga Vardhini Panchami, etc. Some parts of India like Southern India, West Bengal and Maharashtra celebrate this festival on a large scale. 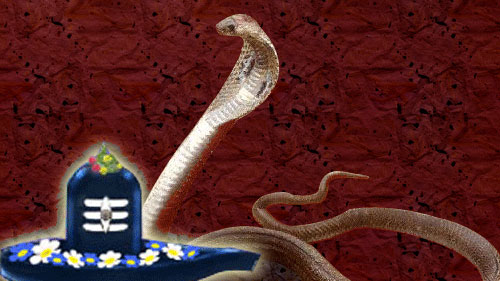 On this day, Hindus worship snakes and feed them milk, because snakes are also considered as a deity in their religion. It is considered that by worshipping snakes one can make Lord Shiva happy and it also provide safety from snake bites. This festival provide a connection between humans and snakes.

Another legend is about the Sarpa Satra (snake sacrifice) Yajna organized by Janamejaya (son of King Parikshit from Kuru dynasty) to take revenge of his father'Ss death who was bitten by the snake king, Taksaka. This Yajna was stopped by the son of Goddess Mansa Devi, Astika on behalf of his mother.

Legend of a farmer

One more legend describe about a farmer who was ploughing his farm where by mistake his plough killed the newborns of a snake. When the mother snake saw his new borns had died due to farmer's plough, she decided to take revenge and bite everyone in the farmer's family except her daughter. When she started moving towards the girl she found that the girl was praying to Naag Devta.The farmer's daughter also offered her bowl of milk. The mother snake became happy by girl's behaviour and forgave all her family members.

On Naag Panchami numerous rituals are followed by people. A snake is made out of cow dung as an idol and considered as a deity. People generally keep fast on this day, worship snakes and offer milk, gandh, haldi, sandalwood, Akshat(rice), Kusha grass etc. The idol of snake is bathed with milk just to purify oneself with all the sins of life.

Any kind of digging and ploughing should be avoided on this day. Many types of dishes are also prepared on Naag Panchami like rice dishes, vermicellis, Ladoos etc. A special Puja called Kaal Sarpa Puja is also conducted only on Naag Panchami which help people to cure the Kaal Sarpa Dosha in their life. Nag Panchami is celebrated in different parts of our country with a slight difference in rituals but with full joy and happiness.

Our team of Astrorashifal.com hopes that this article on Naag Panchami 2021 will help you a lot to commemorate this event completely and could solve out your enquiries regarding this upcoming festival.