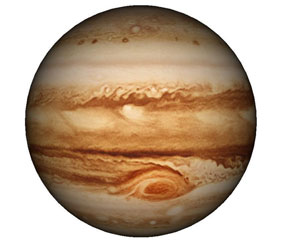 Arians will go through Jupiter transit in their sixth house, this year. The zodiac sign of third house lord and sixth house lord, the Mercury will be the place of Jupiter to reside in. This Jupiter transit will provide you a great strength to face your opponents boldly. Try not to waste time in all such types of disputes, but in case they arise, no need to worry. Arians are going to have a wonderful time during this Jupiter Transit 2016. Arians who are employed or engaged in some business; they can expect good time to start something new, now. Any work related to abroad will be favourable for you. To talk about financial and family matters, they will flourish a lot due to Jupiter Transit 2016.

Remedies to be done: To get benefits donate clothes and silver to Pandits.

Taureans will go through Jupiter Transit 2016 in their fifth house. Zodiac sign of your lord of second and fifth house will be affected by it. All these positionings are making the possibilities of fruitful results, higher. Children and education related matters will flourish a lot and bring wealth and happiness. Your hard work and dedication will bring heavy finances, as shown by the Jupiter Transit 2016. The lord of your eighth house is also Jupiter,due to which some problems may arise to trouble you out. Jupiter is also casting your first house creating issues regarding health. Some petty issues with your stomach and foot will bother you a little.

Remedies to be done: For better future, help Pandits and Sadhus

Geminis will go through Jupiter Transit 2016 in their fourth house, which affects your karma and property. This directly implies that you will have wonderful benefits in professional life. Your hard work and efforts will bring good luck to you, as shown by the Jupiter Transit 2016. This is the time to take a step towards your new job or going for investment in a new venture. Your professional relationships will get strength to bring you more benefits. Possibilities are very bright to move into a new house or to get a new car, all because of Jupiter Transit 2016. You may also get golden chance of investing somewhere for a sacred place.

Remedies to be done: With full dedication, donate pulses to needy.

Cancerians will be affected by Jupiter Transit 2016 in their third house. Your sixth and ninth house will be governed by Jupiter. This will positively affect your confidence level and boost up your energy. Your behaviour might create disputes with neighbours, so it is better to keep a check. You will enhance your work opportunities through travelling, but take care of your health too. You will remain surrounded by your supporters, friends and colleagues throughout the year. It is very cherishing time for both married and unmarried ones, as married couples will enjoy their life at fullest and unmarried may tie their knot, this year. Jupiter Transit 2016 will be very beneficial in terms of new opportunities and gaining profits.

Remedies to be done: Distributing sweets and fruits to girls and worshipping Goddess Durga will be beneficial.

Leo natives will have Jupiter Transit in 2016, in their second house. Being the lord of fifth and eighth house, Jupiter will be beneficial for your economic matters very well. There will be lots of savings in funds, this year. Your finances that were stuck somewhere or funds given to someone as loan, will be soon coming back to you. You will be able to spend money for your family without any worries. Something very special is going to happen in your life like entry of a newborn baby may become the reason of happiness for you. Jupiter Transit 2016 will be very blossoming for the lovers. Be attentive while driving as Jupiter is suggesting to you.

Remedies to be done: You will have good fortune, if donate yellow clothes to Pandits.

Remedies to be done: Benefits will come by offering help to cows and poor ones.

Librans will have Jupiter Transit 2016 in their twelfth house. Jupiter is the lord of your third and sixth house which can not be considered a favourable situation for you. It will result in depletion of self confidence. People are waiting to create troubles for you. Lots of travelling is there to be done, but avoid long distance journey. Give priority to savings rather than expenditures as the Jupiter Transit 2016 is suggesting. Polish your neighbourhood relationships.

Remedies to be done: To have good fortune, offer services to saints and mentors.

Scorpions are going to face Jupiter Transit 2016 in their eleventh house. Being the lord of your second and fifth house, Jupiter will be very much beneficial for your financial matters. New opportunities are waiting for you to earn money because of Transition of Jupiter. It is the right time for Scorpions to think about their skills improvement or further studies or improving their children’s future. Your thoughts may bend towards philosophy, this year. Something very happening is waiting for you, might be marriage or some other event.

Remedies to be done: It will be beneficial to pour water on peepal tree on regular basis.

Remedies to be done: To bring good luck distribute almonds at places like temples

For Capricorn natives, Jupiter Transit 2016 will be in the ninth house of their Kundali. Being the lord of twelfth and third house, Jupiter will generate mixed situations for you. At one time you will feel very happy and contented from inside whereas at some other time, you will feel very low. Jupiter Transit 2016 suggests you to be in the company of some religious or social sector person as it will help you a lot. For getting your tasks successfully completed maintain good rapport with your neighbours and relatives.

Remedies to be done: Follow a veg diet and float rice in running water

Remedies to be done: To bring fortune during this transit, donate potatoes, ghee and camphor at temples.

Pisceans will have Jupiter Transit 2016 in their seventh house. Being the lord of your moon sign and tenth house, Jupiter will help you to excel in your professional life. This Transit of Jupiter will make your long awaited wishes, come true. Your stars will shine in business and in office as well. This Jupiter Transit 2016 will be very flourishing for married as well as to be getting married natives. Entry of new love into your life is depicted by Jupiter Transit 2016. You will gain respect and reputation in your respected field.

Remedies to be done: Worship Lord Shiva to make yourself lucky.